Why Amsterdam is one of the best cities to study English

February 10, 2018Posted by BlogEnglish in Amsterdam 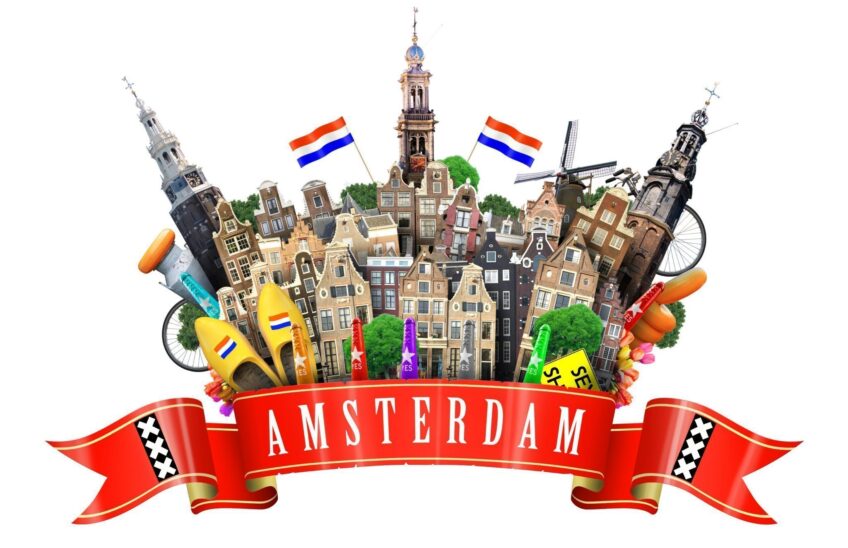 What is so Special about Amsterdam Anyways?

Amsterdam has come a long way from its humble beginnings.  What started out as a typical fishing village in the 12th  century is now a bustling international hub and Europe’s innovation capital.  Famous for its charming atmosphere and spirit of tolerance, Amsterdam is a vibrant city that attracts an unbelievable 17.000.000 visitors annually.  And with over 75 museums, 55 theatres and concert halls, and 300+ festivals per year, this bike-loving metropolis has plenty to offer visitors and residents alike!

When you first arrive, it’s easy to see why the city’s historical centre is nicknamed the “Venice of the North”.  With rows of quaint little brick homes and magnificent 17th century canals, Amsterdam is easily one of the most beautiful cities in Europe.  Add to this the romantic bridges and colourful tulips, and it’s easy to see why it captures the hearts and imaginations of so many people.  Plus, every neighbourhood in Amsterdam is unique, and has its own hidden gems and secrets to discover.

If you look back at the history of Amsterdam, you can see that diversity is not a new trend.  Although globalisation has made it easier and more common to move abroad, Amsterdam was already a cultural melting pot as far back as the 1500s.  In the turbulent times during the inquisition, numerous merchants, bankers and talented craftsmen needed a safe place to live.  The new Dutch republic took them in, realising that these immigrants contributed positively to the nation’s development.  Not only did they bring investments, skills, and important contacts, but also new ideas.  It was an exciting time of growth and many universities were founded, attracting a large international student body.  New industries were born, and religious tolerance encouraged further immigration.  And so, the melting pot continued to flourish.

Today, Amsterdam celebrates being named one of the most international cities in the world.  With citizens from 180 different nationalities and counting, Amsterdam is an exciting blend of cultures.  The Dutch also have the World’s best non-native English proficiency.  What’s more, this global outlook also extends to the corporate world.  After all, close to 3,000 foreign companies have chosen the greater Amsterdam area for their European headquarters, and many use English as their working language.  The result is that even more international talent is drawn to Amsterdam, which has become a highly desirable place in Europe to live, work, and study, and learn English.

Why Learn English in Amsterdam?

Because English is everywhere!

English proficiency is exceptionally high in Amsterdam, and the friendly locals are delighted to put their language skills into practice.   And it’s no wonder that English is so prevalent here, when you consider the size of the country, its reliance on international trade, and the influence of foreign media. Plus, with all the international students, visitors, and businesses, English is typically their common language.

So, whether you want to improve your English to make new friends, travel, study, work, or fulfill some other personal need, you are sure to find what you are looking for here in Amsterdam.  After all, this city is as global as the English language, and the perfect place to learn and grow!

Want to start learning English today?  Try a free online English test.  You will receive your results and the correct answers right away!